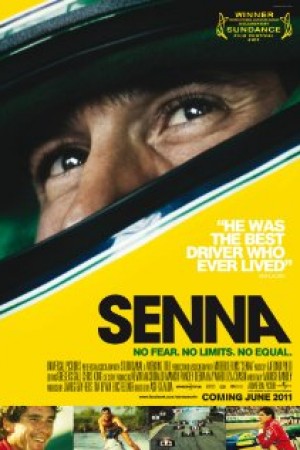 Considered to be one of the great Formula 1 racing drivers of his generation. This documentary explores Ayrton Sennas' racing career through winning the F1 world championship three times before his untimely death at the age of 34.

How accurate is this documentary?

I wouldn't go as far as to say it bends the truth, but they definitely used Prost in order to bring up Senna even higher, which I found a bit excessive. They make a lot of comparison between the two, so every claim in favor of Senna would completely do the opposite for Prost. I understand it was sort of necessary as the two were indeed rivals.. however I feel as if they didnt give Prost enough credit, where its definitely due.

Part of the reason may be due to Senna's strong charisma and ability as a speaker off the track, whereas Prost was not as talented in that area. In a world where presentation is weighted just as much as the real man behind his words, Prost had lost that battle against Senna to convince the crowd. Due to Senna's personality and more importantly, his mentality, I too, happen to be a bigger fan of Senna over Prost. However that shouldnt convince one to believe that Prost was totally inferior to Senna on the racetrack.

I admit I havent been a F1 fan my whole life, but this documentary had inspired me to watch the 1986-1994 seasons to see how it really went down, along with all other drivers during that time. Having seen all of those races, I can conclude that the two were actually quite evenly matched, as both had their relative strengths and weaknesses. Both drivers took themselves over the limit and made many a brave maneuver in order to compete with each other. Their main difference was in their driving style and their attitude towards the sport, which may convince the audience one was superior to the other... truly a subjective matter imho.

What gets me is that many younger folks, who've had no prior knowledge of this feud, judge the two based off of this documentary alone which happens to excessively favor Senna, on and off the track. I dont believe Senna was overrated, but rather, Prost was definitely an underrated figure.

One Life on the Limit

World War II Behind Closed Doors: Stalin, the Nazis and the West