To Infinity and Beyond - documentary 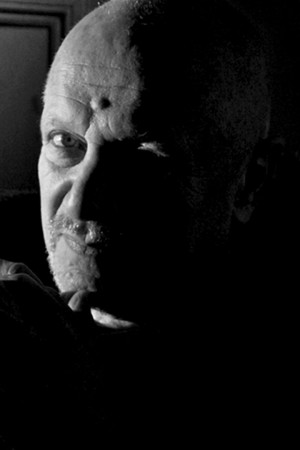 To Infinity and Beyond: Infinity is one of the most bizarre phenomena that we know of. No body really knows what infinity is or whether it even exists as nothing can be proven with a number that has no real value yet at the same time it can have a value. Infinity is something that all of us can imagine and contemplate about; some of us believe that it is a fundamental part of reality while some people think it is merely an illusion and that numbers will come full circle back to where they started again much like walking around the earth.

If infinity is a fact then it means that there is another you in a different universe which is an exact replica of our own universe. Not only that but there are infinite universes with infinite replicas of you right now in this instant which continues on for eternity. In the documentary To Infinity and Beyond many different viewpoints and theories are presented which ultimately shows how strange reality may possibly be.

I thought this was half a good episode.

The math portion, explaining how very large numbers, and even infinite infinities must exist, made a lot of sense (except for the crackpot who thinks there's a maximum that rolls around to 0... if this actually happened then it would surely break a lot of math, because before you get to 0 you have to go through negative numbers, so at some point you're going to have an extremely positive number followed by an extremely negative one... and it DOESN'T happen, because math is what HUMANS say it is. It's an abstract tool. We're happy when it reflects physical phenomena, but there's no requirement that it do so. To have a maximum number would require a new axiom solely for that purpose, which doesn't seem to have any real benefit beyond that.)

The physics portion was poorly connected to the math, and not well explained in itself. For example, a computer doesn't generate random numbers. It generates pseudo-random (i.e. non-random) numbers. A true random number would have to be sampled from truly random (portions of) input. And monkeys have upper limits on how much they can or will type, therefore ruling out any universe where monkeys are typing the complete works of Shakespeare. They never explained why, if a universe is infinite, there must be a uniform distribution of matter within it. They never explained why, if there are multiple universes, they differ in any way, much less in a way that covers all possibile states.

I don't think the poorly-explained physics should have been included, because it makes the math look equally ridiculous, when in fact the math has been constructed to be what it is, whereas the physics is unresolved speculation about what might be.

The History of Call of Duty

GENIUS by Stephen Hawking: Can We Travel in Time?

We Are Legion: The Story of the Hacktivists