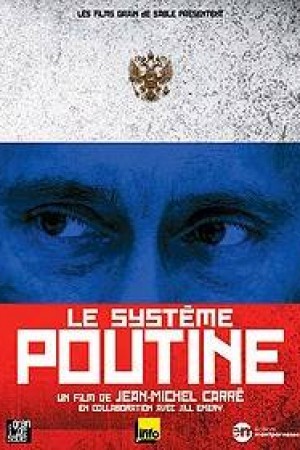 The Putin System: Vladimir Putin, former KGB officer is both the instrument and the architect of a new Russian political system.

Whether it be called a managed democracy, a militocracy or a semi dictatorship, it has restored national pride, by creating new domestic and foreign enemies.

Putin has also changed the face of Russian economy: the Yeltsin style oligarchs have been replaced by Putin’s lieutenants, his clan of ex KGB, St Petersburg bureaucrats. Russia’s massive energy reserves have become a political tool, along with the sale of arms to countries traditionally hostile to the USA and the Russian people have become as psychologically dependant on state rule as they were during tsarist or Soviet times.

The ghost of the cold war has emerged from hibernation. The assassination of enemies of the régime has touched even foreign shores, and a new anti-Putin movement of dissidents politicians, artists, young peope and ordinary Russians who refuse repression has emerged.

How has Putin done it , how has he created this new society where Russia counts more millonnaires than any where in the world, and just as large an amount of poverty as in Dostoievky’s time ?

This biography asks how he became President when everything from his past seemed to predict the contrary. It shows the mechanisms and ingredients involved in his rise to power and the methods he uses to keep control now and in the future, whether through the control of energy, the through control of the media or more direct methods involving the replacement to the KGB, the feared FSB.

In 2008, Putin was forced to resign as President but we ask will he really be prepared to hand over the tools of power?

This investigative biographical thriller looks deep inside the mind of a man who will use any and every means to achieve his goals. A man for whom humiliation is the gravest crime and those suspected of disloyalty now pay the ultimate price.

The film shows that the enigmatic Putin is nobody’s puppet and how his single minded obduracy is shaping not only the geo-political future of Russia, but that of the rest of the world. It examines his obsession with Chechnya, his need to dominate the countries of the ex Soviet Union, and his blackmail of Ukraine... It delves into the hidden workings of the state showing how Putin’s clan, former KGB officers and government bureaucrats have ‘privatized’ the countries assetts, and where a new more advanced form of Stalinism is taking shape. This the Putin System offers the few the right to consume whilst subjugating the many to conform in a society dominated by fear, where survival is predicated by the Russian peoples ability to close their eyes and ignore their new reality.

For further information on Putin and the KGB see:

As you might expect the former President of Russia, Vladimir Putin, has a huge internet presence with a range of extreme opinions represented. Time magazine made him Person of the Year for 2007 and have a good, long and fairly even handed article on him, Wikipedia also have a broad lowdown on his life and career and and Vladimir Putin 4 U gives the Russian perspective – or the official Russian perspective. The Russian News and Information Agency also has a piece on his triumphs and failures.

The New York Times has an article on how former Russian spies are now prominent in business, and the BBC and the Washington Post also have good articles respectively on how Putins career was rooted in the KGB and how the influence of the KGB has soared under Putin. A page of Putin Quotes shows him in a very good light, which stands in stark contrast to his former employer; the KGB who have a good background on Wikipedia along with an extensive link section.

The Fake Murder that Fooled the World

Horizon: The End of Solar System

Secrets of the Solar System

Soviet Storm: WW2 in the East