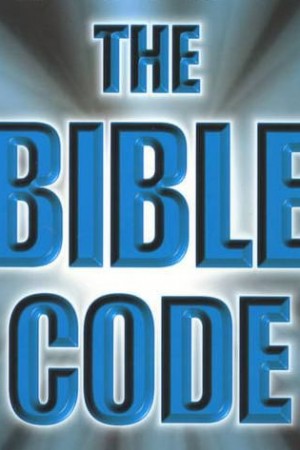 “The Bible Code” documentary was first broadcast in 2003 and looks into the mysterious code which is supposedly hidden in the Christian book. Narration by actress Dilly Barlow.

Michael Drosnin is an American journalist and best selling author. He has written two books claiming that he can see into the future using a 3000 year old code, hidden in the Bible.

What he can see is truly horrific; according to Drosnin, the world could end in an atomic holocaust - in 2006.

It sounds preposterous yet Drosnin claims to have serious scientific backing. Behind his findings lies the work of one of the world's most brilliant theoretical mathematicians, an Israeli professor called Eliyahu Rips.

Drosnin's books on the Bible Code have been translated into most of the world's major languages and are read by millions of people. If he's right, he's stumbled on one of the most important discoveries ever made.

This week Horizon investigates the science behind the Bible Code.

This documentary is based on the book The Bible Code by Michael Drosnin. If you would like to purchase it follow the links to the sources below:

Saturn: Lord of the Rings

When we left earth - The Explorers