The Ape that Took Over the World - documentary 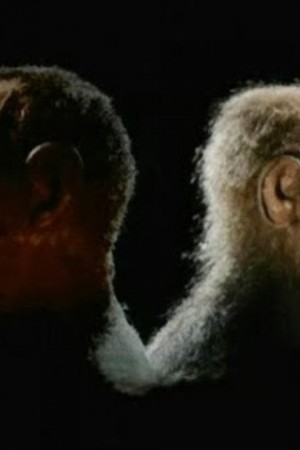 In 2001, scientists announced a startling discovery: the oldest skull of a human ancestor ever found. The fossil of three million and a half old, was very complete, and finding fossils unlike any before. Their discovery – by a team led by Meave Leakey of the famous Leakey fossil-hunting family – has revolutionized our understanding of how humans evolved.

The great mystery of our evolution is like a monkey could have evolved into extraordinary creature is a human being. There has never been another animal on the planet like us. And yet, tens of millions of years there was no sign that humans would take over the world. Instead of the Earth was dominated by apes. Over 50 different species of apes roamed the world – ten million years the Earth was actually the planet of the apes. Three million years later, most had disappeared. In its place came something clearly related to the apes, but also completely different human beings!

Brainy or bipedal? For years, scientists searched for the first key feature that allowed us to make the leap from ape to human being amazing. At first they thought that the development of our large brains was decisive. They even found the fossils seemed to prove it, until he reached the famous fossil Lucy three million years old skeleton. This overturned the big brain theory, because here was a human ancestor that walked on two legs clearly, like us, but his little brain of a monkey. It seemed that the development of walking on two legs (bipedalism) was the first key feature human, which put us on the path to becoming human.

Lucy soon became even more important. She seemed to defy the laws of evolution. Typically, more an evolutionary adaptation, such as walking on two legs is followed by what scientists call adaptive radiation. Many related species rapidly evolve from an initial evolutionary innovation. It gives a very thick family evolutionary tree, with many different species, but related. Scientists knew that the human branch of the family tree had started about six or seven million years ago when the planet of the apes over. And yet no sign of an adaptive radiation. The family tree showed only a straight line from the Planet of the Apes by Lucy.

The Act of Killing (preview)

The Story of AC/DC: Dirty Deeds

Jane Birkin: Mother of all Babes