Before the Flood - documentary 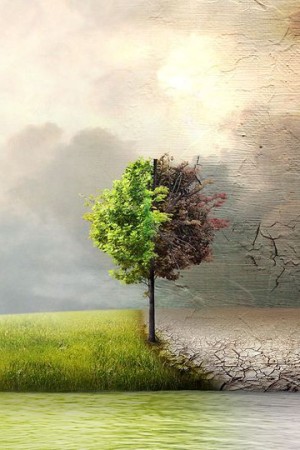 Before the Flood is a 2016 documentary about the effects of climate change created by award-winning American Actor/producer/writer Fisher Stevens and presented by actor Leonardo DiCaprio (Catch me if you can, Wolf of Wall Street). First revealed at the Toronto film on September 9th the film which has been executive produced by Martin Scorsese (Cape Fear) was first shown to the public on October 31st 2016 as it airs on the National Geographic Channel.

As well as being presented by the globally recognisable Leonardo DiCaprio Before the flood features viewpoints from people with weighted voices such as Barack Obama, Pope Francis, and John Kerry. One can gather from the first trailer that the feature-length documentary aims to expose the facts behind global warming from the point of view of Leonardo who himself admits knows very little about the subject.

As one watches before the flood it becomes clear that global warming is a huge issue.

There's no realistic alternative to fossil fuels so what the hell do they want us to do? He said at the beginning of the movie that were past the point of just using more efficient products.

All this is is a movie to try to combat 13 Hours. It's a late in the game attempt at trying to demonize republicans.

Of course we all know they didn't need to make this movie to get votes, they just need to stuff a few extra numbers in the boxes here and there. I watched this movie to the very end and I didn't see a single suggestion on how to improve on the situation besides the producers' bias to vote for democrats.

Elon Musk, the only bad piece of the whole film. There is nothing renewable about the product Elon Musk's company produces, period. Electric cars need to be charged using the same electricity you use for your TV and light. This means that whatever pollution you don't see from your electric car because it doesn't burn fossil fuel directly simply is being emitted when that electricity is produced burning coal or natural gas. So there is nothing renewable about the electric cars. On top of that, the batteries used in the electric cars cause huge pollution. Unless all electricity is produced by solar or wind power, electric cars are much worse than regular cars, and if all electricity is all produced by solar and wind power, electric cars still have to solve the pullution caused by the production and disposal of batteries to become environment friendly. Don't be fooled by Elon Musk. He is no different than the Koch brothers, maybe a bit better but not that much.

First of all, science is science, facts are facts. Anyone with a decent understanding of science should realize what is going on. Second of all, I have noticed a consistant rise in temperature for the last 10 years, I don't need a themostat, I can feel it. Winters have become very weak. Summers have gotten hotter.


They can deny what they don't really pay much attention to-

as the hard data of ice melting and temps on land sea and in the atmosphere rising, elevated CO2 levels- as well as all the fossil fuel cause factors continually rising too: land traffic and commercial air flights just keep increasing

As informed opinions of people who are and have been paying attention who haven't got the Big Oil money and power structure to gain or lose-- an "agenda" lies only with the Status Quo, not with those alarmed and concerned with our planet and future events

because they automatically KNOW- and maybe realize this might hurt their Big Cars, the ballgame and car racing, and their more-entitled-than-thou party lifestyles

This is a very interesting documentary, presented brilliantly by Di Caprio. I would definitely recommend it to a friend.

@smoke13 "There's no realistic alternative to fossil fuels" There are, they cover each one in the documentary. You just don't want to change because change is scary, difficult, and means stepping out of your comfort zone. "He said at the beginning of the movie that were past the point of just using more efficient products." Which is why he traveled around the world to be proven wrong. Every person he speaks to provides alternatives and solutions. "It's a late in the game attempt at trying to demonize republicans." You make several mistakes: 1. Thinking this has anything to do with the US elections. 2. Mistaking stating facts as a means to demonize. Facts are just that: facts. They have no opinion and aren't good or bad. If you have a problem with facts... well that's a whole different issue. 3. He mentioned individuals advocating against climate change who are being paid by energy companies. Whether they're republican or not is irrelevant. Anyone who argues against scienti

Voices from the Grave

Murder Game: The Life and death of Breck Bednar